Breaking the Wheel: Reflections on Game of Thrones, Selma and the Great Transition 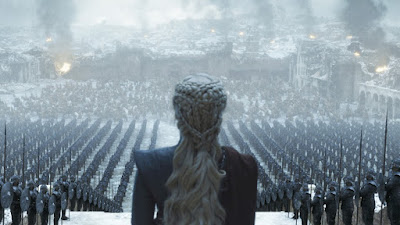 For those of you who have been watching Game of Thrones, this is a special week...the week of the series finale. For many viewers, outsized expectations combined with mixed feelings about the final two seasons make it difficult to see the finale in a clear and deep way. Many viewers online are expressing disappointment at how the show finally turned out, while others have decidedly mixed feelings. Part of this may be due to the show’s need to wrap itself up before the book series on which it is based has even been completed. While author George R. R. Martin told the creators of the show how his saga will end, the show runners have had to create the meat around the foundational bones of the story themselves, and do it in a shorter span of time.

After a deep analysis of the series it appears that the GoT finale and the show as a whole stands as a brilliant work of integral cinema, integrating multiple dimensions of being and becoming. The series arc depicts the evolutionary transition away from the monarchy system and into the stirrings of representative democracy. Meanwhile, it lays bare the full arc of Daenerys’ rise as an authoritarian demagogue, strongly echoing the current political situation and evolutionary transition we are facing today.

For those of us who loved the movie Selma (2014) who are also fans of GoT, we can find some very fascinating parallels and differences between the transformations of consciousness explored in these two works. Selma is, of course, a story about a real-life event and GoT is a fictional representation of real-life processes and patterns. Both explore societal transitions, and both have resonances connected with the structures of consciousness that support prejudice, bigotry and slavery...and the struggle to transcend these structures. One explores the process of attempting to create a better world where violence is used (GoT) and the other, where non-violent civil disobedience is used (Selma). 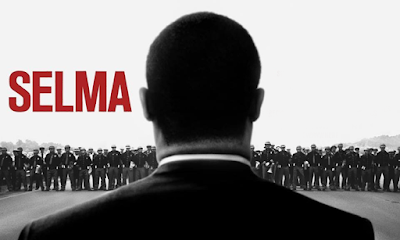 In many ways, these types of transitions between different structures of consciousness and the cultural and social systems that have been built up around them requires one to “break the wheel” of the old system in order to make room for something new to emerge like in GoT…while there are also times when all we need do is try to fix the wheel like in Selma, there are also other times when it seems like the wheel of the old system breaks down by itself as it reaches these evolutionary transition points, like this moment we are all facing in our world today...and stories like these can help us see clearer and deeper and more expansively where we are and what we are called to evolve through and toward.

*Special thanks to Jonathan Steigman for his editorial assistance in creating this article and for his contributions to the research into the “Game of Thrones” series.

Breaking the Wheel: Reflections on Game of Thrones, Selma and the Great Transition, Integral Cinematic Arts Journal, May 21, 2019. Available at: https://medium.com/integral-cinema/breaking-the-wheel-4fca74846a12

Posted by markallankaplan at 11:16 PM