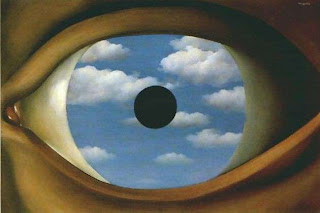 I have been researching what I call transformative creation-states for several years now. By this I mean the use of spiritual, transpersonal, and integral approaches for creative expression to induce altered states of consciousness in order to intentionally convert the creative act into a deeply transformative experience for both the artist and the viewer.
During my research in this area I have discerned several discreet transformative creation-states including creative inspiration-states, catharsis-states, visioning-states, witnessing-states, resonance-states, integration-states, and states of creative grace. I also observed and experienced various group creation states including creative group fields and I-Thou creation states in which members of the creative environment become the “sacred other.”
In addition, during this inquiry I also found a confluence of both structure and flow in the transformative creative process, manifesting within, around, and between any and all of these various transformative creation states. There also appears to be a process in which these two state typologies converge, leading to a transformative creative synthesis of structure and flow.
For example, in my own creative work (film, writing, drawing, etc.), I have found that I can approach the transformative-creative act from a pure flow approach (mindfulness/beingness approach) or from a pure structure approach (e.g., applying sacred rituals and practices or esoteric spiritual structures like Kabbalistic Divine-creation patterns). When I really click into either one of these two creation-state typologies a synthesis appears to occur: The flow-process produces previously hidden structures, and the structure-process leads to a kind of structure-flow experience in which Divine energy appears to move through the structures and, if I am open to it, takes me into a flow through the structures along with it. These experiments have led me to play with a synthesis approach, consciously marrying flow and structure in a sacred-creative dance.
Looking at this triangulation pattern through the masculine/feminine typology lens, the flow-process can be correlated to the feminine, the structure-process correlated to the masculine, and the synthesis of the two can be seen as a union of the deep masculine and feminine.
Posted by markallankaplan at 3:57 PM No comments: