"Avatar" and the Co-Evolution of Consciousness, Culture and Society 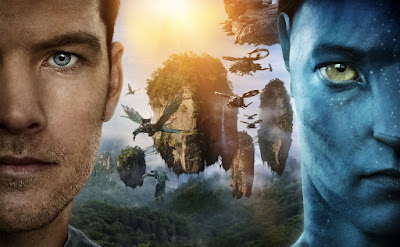 As we explore the movie Avatar (2009) as our conscious movie-of-the-month, we have the opportunity to use it to more viscerally learn about the different stages of human adult development and how the structures of consciousness of each stage co-evolve with human cultures and societies. We have this opportunity because Avatar masterfully gives us clean and clear examples of each stage and structure through the consciousness of the characters and the cultures and social structures that relate to each stage. 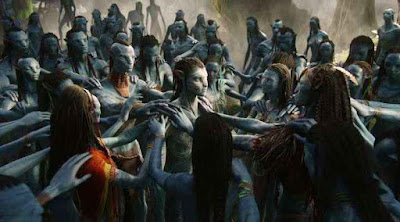 First we have the Tribal or Magical structure of consciousness and stage of development. This is represented by the tribal characters, the cultural worldview represented in them and between them, and the very structures of their society in the film. This stage includes a magical sense of wonder and beauty and a deep connection to nature and to the tribe. 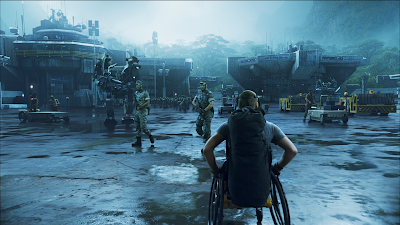 The next stage of development is the Traditional or Mythic structure of consciousness. This is represented in the human military characters, their cultural worldview, and the social structures and conventions of their world. This stage includes a black or white, right or wrong way of perceiving, being and doing in the world, a tendency toward authoritarianism, and the strict adherence to rules and regulations and a prescribed order. 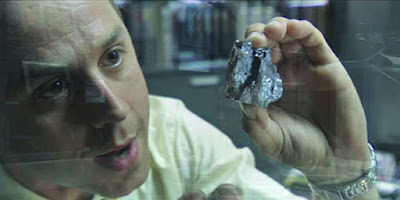 The next stage of development is the Modern or Rational structure of consciousness. This stage/structure is represented by the business, corporate and politically-oriented characters, most notably the Parker Selfridge business leader character played by Giovanni Ribisi, and the cultural and social patterns of their reality. This stage is marked by an adherence to logic and reason, empirical knowledge, the discounting of anything that is not objectively verifiable, and an almost religious attachment to financial gain as the ultimate goal of human life and interaction. 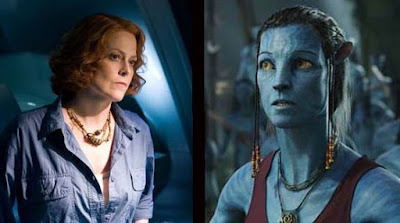 The next stage is the Postmodern or Pluralistic stage of development and structure of consciousness, represented most clearly by the Dr. Grace Augustine social scientist character played by Sigourney Weaver, and the cultural and social constructs surrounding her character. This stage includes a deep recognition and valuing of subjective experience along with an over-arching cross-cultural perspective and an empathy for the suffering of others. 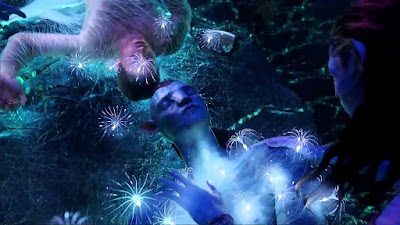 And finally the Integral stage and structure is hinted at in the final moments of the film when the main character leaves his human body that is dying and goes fully into his avatar body via a transference of his consciousness by and through the world tree. All we see are his eyes opening in that scene, but we get a sense that he has been to "the other side" and has seen the big-picture of the universe. This big-picture awareness is one of the hallmarks of the Integral structure of consciousness, along with the awareness of all the previous stages and their inherent value and limitations, and how the stages and structures evolve. The Integral structure seeks to see and understand as much as possible from as many perspectives as possible and then integrating it all into a big-picture understanding.

Individuals, cultures and societies tend to co-evolve through these stages and structures. Individuals at the leading edge create and innovate from the new emerging stage and structure, and in turn their creations resonate with the stage and structure they were created from, which then stimulates others in the culture and society to evolve to meet the new stage/structure patterning embedded in these creations. In Avatar while we do not see the various cultures and social structures co-evolving with consciousness, the main character evolves through all of them, which gives us a sense of the arc of development at the heart of this whole co-evolutionary process.


Our research suggests that this type of integration of multiple stages and structures in a cinematic work contributes to the potential success of the film, by giving the film a greater capacity to reach a wider population across the stages of development. This hypothesis is based on the results of an meta-analysis of the most successful films of all times revealing an unusually high percentage of these films having this quality.
Posted by markallankaplan at 11:51 PM