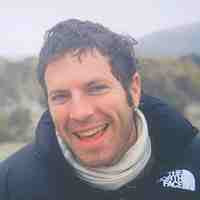 Sean Esbjörn-Hargen, Ph.D. has agreed to be an advisor on the Integral Cinema Project. Sean is an associate professor and founding Chair of the Integral Theory Program at John F. Kennedy University in Pleasant Hill, California. He is a leading scholar-practitioner in Integral Theory and has worked closely with Ken Wilber for a decade operationalizing the integral (AQAL) model in multiple contexts. Sean is a founding member of Integral Institute and currently serves as their Vice President of Applications and Research. He is also the founding Director of the Integral Research Center, the founding Executive Editor of the Journal of Integral Theory and Practice, and co-founder of the biennial Integral Theory Conference. Sean is one of the most published authors applying the integral model to a variety of topics, including: Research, consciousness studies, intersubjectivity, education, sustainable development, ecology, science and religion, and play. His articles have appeared in academic journals such as the Journal of Consciousness Studies, World Futures, ReVision, and Journal of Humanistic Psychology. He also co-edited Ken Wilber’s book The Simple Feeling of Being, (2004) and is the co-author of Integral Ecology: Uniting Multiple Perspectives on the Natural World (2009) and the editor of Integral Theory in Action (2010). You can learn more about Sean at: http://www.rhizomedesigns.org/
Posted by markallankaplan at 1:29 PM

Email ThisBlogThis!Share to TwitterShare to FacebookShare to Pinterest
Labels: Announcements