Hollywood and the Integral Tipping Point 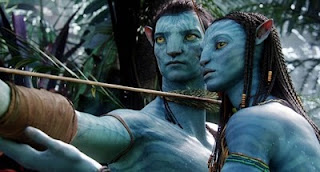 Hollywood is currently in a state of panic. While box office attendance is up, DVD sales have fallen through the floor and the traditional market streams and financial indicators are in a state of flux. To more clearly understand this situation I chose to look at four developmental lines in the social holon of the current American motion picture industry. The four lines I chose are the Techno-Economic Base (T-E), Business/Markets (B/M), Communication/Media (C/M), and Artistic/Aesthetic (A/A) lines of development. I used a scale of 1 to 10, with 1 being the lowest level of development and 10 being the highest. These numbers correlate to the first 10 altitudes of consciousness of Ken Wilber’s spectrum of worldviews, with 1 representing Infrared/Archaic and 10 representing Violet/Super-Integral Level 2 (Wilber, Pattern, Leonard, & Morelli, 2008, p. 90).

Reflecting on the current state of the industry, it seems to me that the Techno-Economic Base (T-E) of the industry is shifting from level 6 (Green/Pluralistic/Informational) to level 7 (Teal/Integral Systems/Trans-Informational or Virtual). This shift appears to be driven/co-created by a transition from separate/pluralistic media technologies and platforms (i.e.: Movies, TV, Gaming, Web, etc.) to more integrated, cross-media, and virtual technologies and platforms (i.e.: Material delivered/integrated across multiple convergent, immersive, and embedded mediums), represented by a shift from level 6 to level 7 in the Communication/Media (C/M) developmental line. As the nature of the medium is shifting, cinematic media artists are embracing these advances as a means to expand their artistic expression across these multiple platform environments. This in turn is shifting the Artistic/Aesthetic (A/A) line from level 6 to level 7 as well. While these three lines appear to be shifting in tandem, it also appears that the Business/Markets (B/M) line is stuck at level 5 (Orange/Rational), as the industry’s business community frantically tries to apply their old models of finance, distribution, and marketing to the emerging new techno-creative-communication environment (see chart below).

There are indicators of some potential shifts in the Business/Markets (B/M) line, including a major restructuring of Disney’s studio model to meet the changing media environment and the release of James Cameron’s Avatar, which appears to be attempting to cross the integral media threshold by offering content immersion (IMAX 3D), platform convergence (Theatrical/Game simultaneous release), and a foray into virtual aperspectivalism (Character-to-Avatar perspective shifts). It should be interesting to see if these forays will be part of a vertical rather than horizontal change. Either way, I believe the industry is poised at the edge of a tipping point between the relativistic/information age and the approaching integral/virtual age. Only time will tell if the American film industry will cross this threshold through a single major shift, or several smaller transitions, or a combination of both major and minor shifts, or if it will be a turbulent or peaceful transition. Since several members of the industry have already begun downloading the Integral Operating System (IOS) into their consciousness, I think we are in for a wondrous and wild ride. 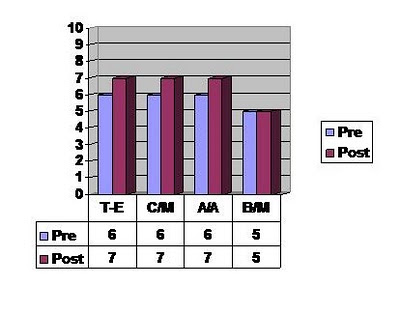 *Originally published at Integral Life.
Posted by markallankaplan at 4:33 PM